So, after almost a year of work, we launched our first product today. Granted, it’s not the full-on, expansive news site we’ve been talking about (and still intend to produce), but it is, in my immodest opinion, a great start.

Cindy Chaffin, the founder and guiding light of TexasGigs, tells the story and covers the bases well and what little bit she misses is in our FAQ. So I’m just going to cover the "Inside Baseball" stuff here:

I’m sure there’s more to cover, but I’m a bit on the tired side– I may expand this post later. In the meantime, check out the site and let me know what you think!

Steve Outing on our launch.

And PaidContent. Y’know, for the past year, PaidContent has been my bible, my Wall Street Journal and my Sports Illustrated all in one. Six weeks ago, I would have given naming rights to a child for a mention in it’s hallowed pixels. Now, I’d much rather see a positive bulletin post from a cover-band bassist on MySpace.

Guess that’s the difference between opening a business and blogging about starting in business.

So, I haven’t opened up Bloglines in almost a week due to our product launch (see above). So, is it bad that I was relieved just now when I took a deep breath and clicked to find their site down?

I don’t think so.

There are a lot of things I want to post about right now, but it’ll all have to wait until next week. We’ve got a site to launch.

I’m signing off until Monday– But I’ll leave you with this audio clip from Jayson Bales who dropped by our joint for a podcast yesterday. This is one awesome musician-cum-financial-planner who really gets what we’re up to.

I’m uploading audio to the new music site right now and listening to the podcast with Bagg that was recorded in our office yesterday.  It closes with a quote I only want to hear about a gajillion more times:

Welcome to the Long Tail, friends.

You win some, you lose some.

Blair got into the Winter Meetings.

Due to limited space
and an overwhelming demand for credentials, we are forced to limit issuance of
credentials to those media outlets that meet the credential policy for the Bowl
Championship Series Games. That being the case, I am afraid I must deny your
request for credentials.

Well, we’ll certainly bury the Rose Bowl coverage on the new Texas Gigs (which is launching Monday even if I have to swallow my pride and stick a "beta" tag on it).

As we talk to prospective readers and partners, I’m pleasantly surprised that far fewer people than I expected are creeped out by the idea of behavioral targeting. (Or at least far fewer say so than I expected.)

Fred Wilson thinks that people understand the bargain that’s being made, and that as long as there is value to the user, people don’t mind giving up the info:

While this may be problematic in certain privacy respects, it is
hugely beneficial in most respects.  Do you want to know where your
teenage daughter is at 11pm after she fails to call you as she
promised?  Do you want to know where the nearest Starbucks or Jamba
Juice or subway stop is? Would you like to be able to text message your
buddies the exact location of the cool bar you are hanging out in?  I
think you get the picture.

This leads me to … Matt Blumberg, who wrote a post called The New Media Deal in the spring of 2004 which remains in my mind one of the most important posts I have read in blogs in the past couple years.

In this post, Matt describes the new deal consumers are making via
technology.  We are consciously or subconsciously sacrificing absolute
privacy in return for anywhere, anytime, my way content and
communication.

But I think it’s becoming increasingly clear that we have a New Media
Deal, which is that people are willing to sacrifice their anonymity in
a heartbeat if the value exchange is there.

So
we can wring our hands all we want about the privacy issues with
respect to geolocation on cell phones, or behavioral targeting on the
web, or saved search history on Google, but my feeling is that the
benefits of these technologies will vastly outweigh the loss of privacy
for most people most of the time and that’s really all that matters.

Looking at the companies in Media Orchard’s Web 2.0 logo contest, I had a realization:

A new Forrester study is full of interesting info on youth media consumption. The upshot is that if you’re doing anything analog, stop.

Interestingly, what that means is that word of mouth is more important than ever:

Young consumers represent the social marketing vanguard. Fifty-two
percent say they rely on recommendations from friends or family when
making a purchase, compared with just 34 percent of adults.

Note that it didn’t say they rely on recommendations from strangers who posted a review to get an Ipod.

But for me, this was the most interesting point:

The Forrester study also dispels a myth about young consumers and
advertising. Young consumers are more open to advertising than their
parents are, although both generations are skeptical of the ads that
they encounter.

“Young consumers have no preconceived notions
of what advertising should be,” said Charron. “They have no problem
with the lines between advertising and editorial being blurry. Because
they have grown up to be more self-reliant in a digital environment,
they have confidence in their ability to distinguish between the two.
And there’s more good news for marketers: The viral nature of their
communication with each other is a behavior that marketers can tap
into.”

I suspect that in twenty years when we look back at the seizmic shift that occurred in how we consume media, the failure of mainstream media to grasp this point appropriately will have been the tipping point.

It’s hard for me to get, as I’m a straddler of the old and new worlds.

On the one hand, I and all my journalistic brethren have been bathing in the Kool Aid that we call the "Chinese Wall" or "separation of Church and State" for a couple generations. And that’s a Good Thing.

On the other hand, those greedy ad folk (of which I am also a member) are gonna see data like this and start advertorial-izing, product placing and demanding to sell front page stories.

And both groups will be wrong.

Markets are a conversation.

The generation coming up now has seen so much media, so much meta-media, and so many cheesy come-ons that they know every trick in the book.

The Forrester study adds creedence to what I’ve been intuiting for a while. Advertising and content lines are going to blur. BUT, that will necessitate a more open, honest conversation no matter what the topic. Or you’ll be tuned out with the rest of the rabble.

"But advertisers will buy off the integrity of journalists!", you say.

Maybe in a world where you buy ad space in a publication and just hope something happens, that’s the danger. But when it’s pay-for-performance, and your audience is too savvy to be rooked by a crap product just because a talking head says so, the rules of the game are going to change.

It may be cold in Dallas, spurring school closings and cries of apocalypse, but I’m feeling warm about the prospects for pure online journalism.

First, the Pulitzer committee lurches into the late-middle twentieth century.

Then, I see our own Blair Lovern, Pegasus News’ first credentialled journalist, in this AP photo covering the MLB Winter Meetings.

Now that we’re letting out our inner music geeks, I’ve been paying a lot more attention to MySpace.

One of the band members posted the numbers:

There are a lot of theories on this one. Mine is that no one enters through the MySpace homepage once they’ve got their own profile.

Nobody knows what kind of trouble we’re in. Nobody seems to think it all might happen again.

Annual fundraiser for @AgapeDallas. Agape has been providing low and no cost health care in east Dallas for 38 years

The value of the in-kind medical care, free labs from @Labcorp, and donated drugs is approaching $18mm/yr 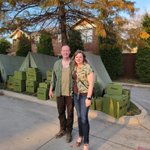 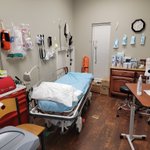 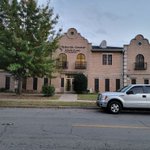 (Bonus Texan-specific material for those who are)

Few know this, but Toyotathon wasn’t a Holiday sales event originally. Constantine changed the date at the Council of Nicaea in 325 AD to align Toyotathon with the Sol Invictus Clearance Event. Cross-cultural agency Lerma/ led the creative for the "He Gets Us" campaign, which is funded by an anonymous group of billionaire donors from the faith-based nonprofit the Servant Foundation. http://ow.ly/Gspz50H2h7U