Our pal Huntley Paton has some strong words for daily newspapers, particularly Our Daily Newspaper. Plus he works in a Pixies quote.

I’ve about had it with comments/trackback. You won’t see this, because I moderate now, but we got bombed with spam comments and trackback again this weekend. The annoyance is that there were real comments and trackbacks too, so I had to at least scan hundreds of emails to separate wheat from chaff.

(And yes, I know there are things I could do to force verification, but none of them work very well and it’s a waste of energy when I intend to move this blog into our publishing system in a few weeks.)

I guess I should be flattered that we get enough traffic to warrant. We’ve even become a target for splogs of late.

Russell Beattie has an eeevill thought about how to capitalize on splogging.

I could make mad bank on "Citizen" Watches and Barbie and the magic of "Pegasus."

The latest issue of BusinessWeek focuses on the "MySpace Generation," a group we’re learning a lot about as we work on the TexasGigs site. Local promoters BuzzOven are the lead exemplar in the piece.

I’ve been struck that the MySpace phenomenon is a good example of where a "distributed" information marketplace is terribly inefficient. As we’re profiling bands, we’re finding that most maintain and update their own websites (usually with excessive Flash programming); a MySpace site; and often a PureVolume site as well.

When do they have time to make music?

I winced when I read Liz George’s guest review of Backfence on PressThink this week, but only partly because of the skewering she dished out — It was a reminder that it was exactly a year-ago that we had our first big burst of publicity thanks to Jay Rosen’s comments about us as a possible answer to Mark Glaser’s vision of the not-yet-extant media company he wanted to join. Subsequently, Backfence came out of the closet too.

We’ve done a tremendous amount of work since then, but I’ll admit that it’s more than a little frustrating to me that as far as the wider public is concerned, it appears that we’ve still got nothing but a placeholder home page and a snarky media blog.

Like Backfence, we are taking a business-driven approach to hyperlocal citizens media. And, like Backefence, and sites like Baristanet, H20Town and the many others that have sprung up, we are also a labor of love. (I’d submit, contrary to many of the commenters on PressThink, that the two are not mutually exclusive.)

There are a few firm beliefs we have about our business labor of love that have kept us from swinging wide the doors as quickly as we might otherwise have liked:

We haven’t been in a position to be able to deliver a panlocal service yet, so we’ve been keeping things under wraps. Countless people have taken us to task for not launching a single neighborhood to prove the concept. But that neighborhood concept has already been proven, by Baristanet and the like. We’re doing something different.

However, impatience and opportunity have finally gotten the better of us: We’ve decided that while a small geographic subset doesn’t prove our concept, a local niche interest could, at least partially. That’s why, in a couple weeks, we’re powering a relaunch of TexasGigs.com.

For the nonlocals, TexasGigs is the blog/podcasting labor of love produced by Cindy Chaffin. For the last few years, it has consistently won some derivation of the Dallas Observer‘s best blog award. We’re working with Cindy, and several other active folks on the music scene to pool their knowledge into our licensed/souped-up content management system to create a more robust local music site. It will launch with detailed info on more than 300 local bands, interlocked with databases of upcoming shows, audio tracks from many of the bands, and streaming stations by band, genre, and coming attractions.

A few particularly pertinent lessons (to date) from this project:

In the end, what we are betting on is this: The Baristanet model works. We think it can work even bigger when you have a metro area with fifty Baristanets interlocking; providing panlocal and niche information and perhaps enjoying some economies of scale. But those don’t just spring up on their own. We’re going to pick the things we think are most critical — neighborhood news, arts, and the like — and seed it with our own professionally produced content, but always with a bias towards finding a passionate user who knows more than we do about a given topic.

What we can’t do is satisfy ourselves with organic growth. If we have 600 subscribers seven months after launch, I’ll commit hari kari in front of the Belo building. Before you start sharpening a sword for me, I’ll point out that we have almost half that number in pre-subscriptions from our "lifetime subscriber offer" a couple months back. And we expect a lot more because of local nonprofits we’re working with who are actively going to promote us to their members. (The incentive for them is a piece of our ad revenue.)

Lisa makes reference to Jeff Jarvis‘ admonition that "local ain’t easy." While I agree with that sentiment, I think that local is for now, perhaps, the only place where the idealized "distributed" media of individuals, tags, wikis, feeds and the like falls flat on its face. It’s something of a numbers game: While there are enough engaged people nationally, or globally to cover national and niche topics completely and compellingly in a distributed fashion, there likely aren’t enough in a neighborhood to do the same.

That’s because not everyone wants to join our citizen journalist army. I’m reminded of Chris Willis’ remarks at We Media:

Not everybody wants to be a "citizen journalist"…
They want to collaborate in more traditional means. There is no
one-size-fits-all. What works in Greensboro doesn’t necessarily work
elsewhere…Community building takes effort…Provide an architecture
of participation and let them do what they’re obsessed with.

I’m also reminded of Ken Sands‘ admonition that people need fewer, not more, sources of information. That’s not fewer voices, mind you, but fewer clicks. And don’t kid yourself that Joe Sixpack has his RSS feeds set up to cover that, or that if he did there’s currently any really useful ones on a local level.

Our vision is a panlocal one, where we can connect the casual passive information consumer with engaged citizens. And one in which we hope to turn a few of the former into the latter.

My neighborhood (actually mine and several others) finally has a name: White Rock Hills.

This is the product of a naming contest put on by the Ferguson Road Initiative. It was unveiled at a celebration this afternoon, where we also saw plans for a major rec center (>65,000 square feet) that is proposed to take the place of some run-down apartments that were once a haven for drugs and prostitution.

It was also neat to see our logo on sponsorship swag for the first time.

My (only) Aunt, Anne Orren, was a remarkable lady. She was smart as a whip; had a wicked-dry sense of humor; and always came to mine and my parents’ rescue, even when we certainly didn’t deserve it. I also suspect that at least some of my resistance to authority tempered with an ability to work the system came straight from her.

She also, in her own way, understood the importance of the hyperlocal communities we’re seeking to connect — she was more deeply rooted into her community than anyone I’ve ever seen. And she took her convictions to the most local level — helping individuals change their lives through education.

Anne died this week after a short bout with cancer. She was feisty to the last. I already miss her.

Ever the pragmatist, she wrote her own obituary six weeks ago so that the rest of us wouldn’t screw it up:

END_OF_DOCUMENT_TOKEN_TO_BE_REPLACED

Salutations! My name is Tintin, and I‘m an internationally famous boy reporter originally from Belgium. With my cadre of colorful friends and tr...

This letter is very powerful: 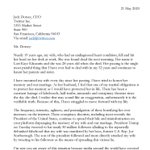 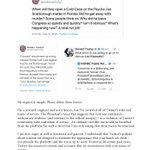 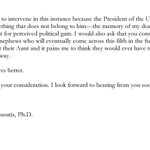 I know a lot has been made of today's @nytimes front page — and it is a sight — but I have to say, today's @dallasnews is also a pleasure and a reminder of why I chose to come to Dallas to be part of this news organization. 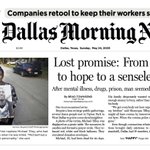 The @nytimes front page today is indeed striking. But you’ll miss its full impact if you skip @DanBarryNYT’s accompanying essay. For me it was the scroll of the digital presentation — the grim sentences mixed with the deceased names — that hit hardest. 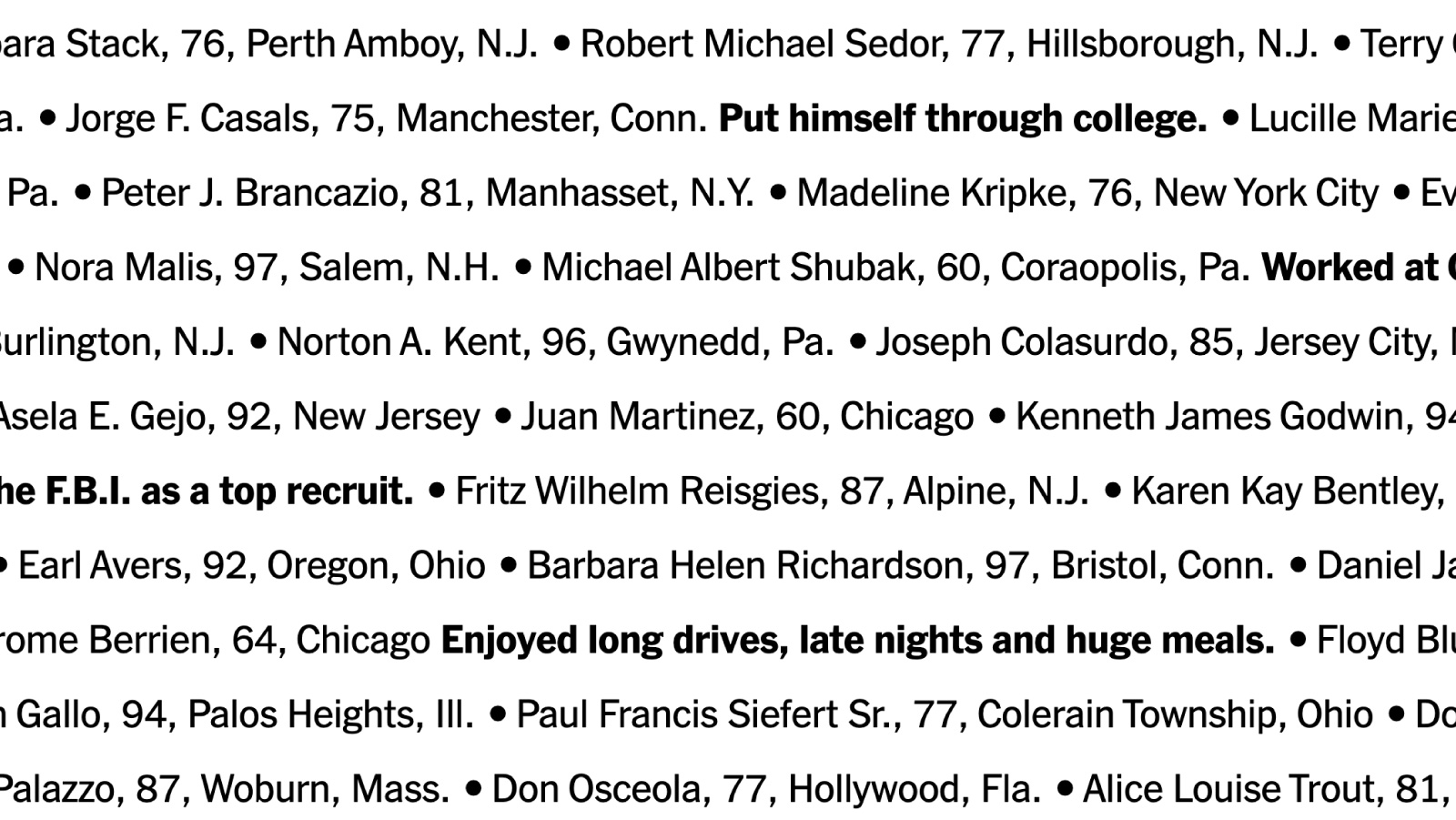 Remembering the Nearly 100,000 Lives Lost to Coronavirus in America

As the U.S. approaches a grim milestone in the outbreak, The New York Times gathered names of the dead and memories of their lives from obituaries acr...