For the first time in recent memory, I’m a member of the RSS clean-plate club.

Steven Smith of the Spokesman-Review on PressThink:

Jeff Jarvis thinks that aggregators like Yahoo, Google, Pluck, Newsgator, etc. should be responsible for letting publishers of RSS feeds know how many times those cached feeds are read. He offers a "fundamental principle":

I have a right to know when what I create is read, heard, viewed, or used if I wish to know that.

Although it rarely happens, this is one of those cases where I absolutely disagree with him.

This is an exemplar of one of those Web 2.0 mentalities that drives me batty — There’s an idea that in the new new world of free media that everyone is supposed to behave in an idealistic manner, even if there is no business reason to do so.

Does an aggregator have the right to scrape your non-RSS page and run it on their site? No.

But when you publish a feed, you relinquish control. If you don’t like what others do with that feed, cut the feed, or alter the feed so that it behaves how you want it to behave.

Do newsstands refuse to tell you how many copies of your publication
they sell? Do they cut out pages and give you only covers? No. Online
distributors should operate by similar rules of the road.

There’s a major difference here. Newsstand distributors report such data only because there is a financial transaction that depends on its accuracy. They are selling content to the end user, and are in almost no way a part of the advertising business, which is where the aggregators are (or are trying to get).

A more accurate analogy is that asking an aggregator to provide such feed data is tantamount to asking a library to report every time someone checks out your book.

That’s not to say that technology can’t enable such a report. Jeff makes a perfectly reasonable suggestion that the aggregators let content providers set permissions on their feeds. I think they’d be smart to do so, but they have no obligation.

The responsibility lies with the feed creator, companies like Typepad, or perhaps with companies like Dallas-based SyndicateIQ (who is working on these problems).

It’s tempting to assign responsibility to companies just because they’re trading north of $400 a share– but all of the magic of Web 2.0 doesn’t create completely new sets of de facto rules, whomever is making them.

For those who missed it over the holiday, Craig Newmark announced that he was getting into the news biz.

Our partners at TexasGigs are putting on a heckuva a show at The Cavern on Saturday.

TexasGigs.com along with This is Texas Music  and SpunePresents a Fa-La-La-La-La Musical Extravaganza
Where: – The Cavern
When: – Saturday, December 3rd – 8 PM
Who: – The Gene Pool (Austin) / Black Water Gospel (Austin) / Thrift Store Cowboys / Spitfire Tumbleweeds
Cover: – $6.00

We’ll be in the house, and the proceedings will be podcast.

Longtime readers know that one of the key stops on my road to the Damascus of wedia was learning about the Ferguson Road Initiative (FRI), which had (to date) never been covered in the local mainstream media and was/is making a huge difference in the quality of my neighborhood.

FRI is having a big celebration where a new name for this collection of neighborhoods will be unveiled:

It’s the new name for the hottest area in town!  Wanna be the first kid on your block to learn what the new community name is?  Then you’ve simply gotta, gotta, gotta come to the December 3rd Name Our Community celebration.  It all starts at 10 am at the Dallas Central Church of the Nazarene (7979 E. R.L. Thornton Freeway). The new name will give our area the identity we need and deserve.

The Jacobs Group, who has been working with FRI and the City of Dallas on a streetscape/infrastructure plan for Ferguson Road between I-30 and Lakeland, will present the final plan at the meeting. The plan will include such things as special intersection designs, community gateways, sidewalks, and landscaping.   This will be a major factor in making our community a special place to live, work and shop.

Members of FRI will be treated to special T-shirts and lunch from Carraba’s Italian Grill in Lakewood.  If you are not a member yet, you can fill out the form below and bring it to the celebration and be eligible for lunch and the T-Shirt.  That’s right, for as little as 12 bucks, you get a great lunch, a nice T-shirt, and you help FRI help your community!  What a deal!

Whether you are a member or not, you are welcome to come and learn the new name, plans for Ferguson Road, and more about what FRI is doing to make our area special.

We’re a minor sponsor of the event, in recognition of FRI’s role in the thinking behind our business plan.

NOTE– New readers should be sure to read the commentary below: There has been confusion among latecomers to our site on the following point: This blog is not our actual product. It is a guide to our open-source launch. Our news product serving the DFW area will launch in early 2006. In the meantime, join the conversation and enjoy the ride…

Pegasus News is a local news company that is reinventing the model of local market content and advertising.

Our beta test will take place in Dallas, Texas in late 2005. We will distribute content via a website, e-newsletters, RSS feeds, SMS messaging and any other medium we can think of. Except for carrier pigeons. They smell bad.

This blog is a diary of the evolution of our concepts; a buzz-builder; a beacon for like-minded media folk; and a way for us to communicate with our growing team.

To get a good idea of what this is all about, we recommend starting  with the "Best of" links on the left side of this page. We talk about our key concepts on this blog, but (for obvious reasons) you’re not going to get the full business plan here. Our key differentiators are:

· Rich delivery via as many mediums as possible.

We encourage you to join the conversation by commenting on any post, or by emailing us.

Most bands are jumping on the opportunity to have their music streamed in our radio stations and downloadable by our users. However, some have the traditional trepidation about giving away a song or three for free, fearing lost CD sales.

Today, Chris Anderson points to a Harvard Study that quantifies what anecdotal evidence has long suggested: Unless you’re a top-selling superstar today (we know you’ll get there eventually), you’re better off to put your music out there for free.

The study even provides a nice benchmark: Unless you sold more than 3,000 copies of your last CD, protecting your music from file-swapping is likely to depress your sales.

(For newcomers to our site, here’s the beginning of our Long Tail discussion — particularly relevant for indie bands.)

While some media companies have been known to sue their customers for so much as linking to them, The Washington Post shows that they understand where the world is going: By encouraging and highlighting users who remix their content in interesting ways.

No big surprise with the likes of Adrian on board, but refreshing — Early contributions are a tag cloud, and Jacob Kaplan-Moss’ automated news quiz.

Our friends at the Dallas Examiner have a great deal for tickets to Saturday’s Kanye West show at Nokia — we’ll let GM Tuala Williams tell you in her own words:

You don’t have to go through the
wire, through the fire, to the limit or to the wall. In fact there is not risk at all. The only thing you have to do to be with
Kanye West this weekend is go to Albertson’s in the Westcliff Plaza, between 2
and 5 p.m. and purchase a one-year subscription to The Dallas Examiner. But you better hurry. Supplies are very limited. New subscribers will receive two tickets to
see Kanye West in concert on a first come first serve basis. Call The Dallas Examiner at 214-428-3446 for
more information.

Dallas is blessed with several excellent black newspapers and The Dallas Examiner is my personal favorite. This is a great deal. According to their website, a one-year subscription is $40. Once you add the Ticketbastard fees, one ticket to Kanye West costs more than that. C’mon golddigger!

I know the resurrection is a fact, and Watergate proved it to me. How? Because 12 men testified they had seen Jesus raised from the dead, then they proclaimed that truth for 40 years, never once denying it. Every one was beaten, tortured, stoned and put in prison. They would not have endured that if it weren’t true. Watergate embroiled 12 of the most powerful men in the world-and they couldn’t keep a lie for three weeks. You’re telling me 12 apostles could keep a lie for 40 years? Absolutely impossible.

Political hottake — Texas should invade Canada to set this right. This is so disappointing.

Van's the greatest singer of our time.

Not much of a scientist.

That said, glad to see he's trending for this and not my first assumption... 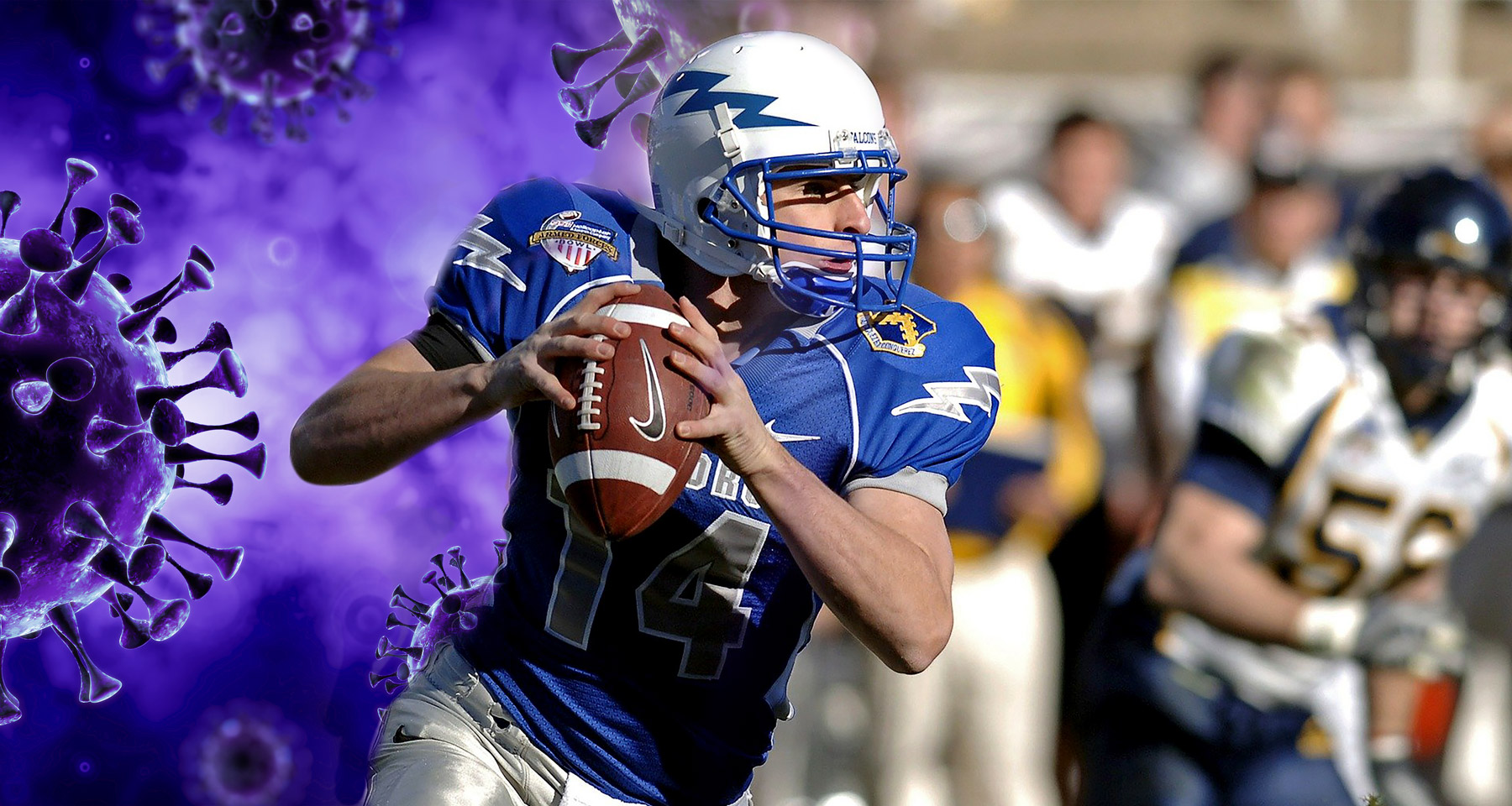 INMA Researcher-in-Residence Grzegorz Piechota digs into a new initiative among local publishers in the United States called The Matchup, as well as h...

Great film. If you care about media, IP, or why crazy people believe crazy shit, you need to watch:

The meme that changed a generation. Commenters are calling Feels Good Man "based" and "actually good." Get it now on Digital >>> http://bit.ly/3556rLg