Previously posted treacle aside, I like my Christmas songs like I like my humor– dark. Provides a nice place to whistle.
I went on a big Christmas song kick this year. Here are my current faves: END_OF_DOCUMENT_TOKEN_TO_BE_REPLACED

My new blog is at http://www.pegasusnews.com/blogs/pegasusnewsblog/

(Real posting date on this one is 12/5/05. Read below for nominal updates)

We had a good first week with the new site launch — without any promotion, we averaged around 1,600 visits a day on a holiday week and got some nice press mentions along the way.

I also came to a realization as I wrote the post below:

Six weeks ago, I would have given naming rights to a child for a
mention in [PaidContent’s] hallowed pixels. Now, I’d much rather see a positive
bulletin post from a cover-band bassist on MySpace.

Another was that the euphoria I’ve experienced this week comes from the fact that I much more enjoy being in business than writing about it. My only regret about this early mini-launch is that we didn’t do it six months ago.

And the lesson is that although the 733 posts I’ve written on this site over the past year have served a valuable purpose– testing theories against the wisdom of my readers; building buzz; drawing our team — there’s nothing I can do right now that is more personally fulfilling (or value-building) than working on our business.

So, to that end, I’m putting this blog into a state of suspended animation. I may come back and post from time to time when I’ve got something really "inside baseball," so keep me subscribed on your feeds. But don’t expect more than a post a month.

I’m also taking the link to this blog off the Pegasus News homepage. It has always confused the hell out of locals who come here and think we’re trying to build a business around my mediati snark. The archives will stand as a diary of the work-in-progress business plan over the past year.

For those masochistic souls who fear that they’ll miss my sparkling prose– take comfort. I’m starting a new blog on the TexasGigs site today.

It’s called The One That’s Not About Music. The title is partly a hat tip to the album titles of Levi Smith, a local musician whom I’ve discovered while working on the site. It also is what it says it is– A blog on TexasGigs that doesn’t primarily focus on music. I plan to use it as an outlet to shoot my mouth off; a place to play with some local news concepts; and a place to report to the community on our progress.

Meantime, to get your daily dose of media-industry news and views, check out the sites on the blogroll at left. And if you want to limit to only a few sources, I recommend:

Like I said, don’t think of this blog as dead — It’s just sidelined while we focus on what’s really important.

We look to finally be launching on 11/24/06. You can follow the progress here.

Thinking about this long and winding road, and looking in on another player in the "hyperlocal" space today, I realized that we probably shouldn’t be considered part of that space.

If you want a meaningless term to describe us: hybri-local.

What does that mean? You’ll see in a couple weeks.

Reposted from my other blog:

With our new pretense of being a "real company," we’ve just done a bit of office decoration that I’ve had in mind for almost four years. I’m an old newsie at heart, and I grew up on images of newsrooms adorned with clocks showing the times in cities all over the world. You can kinda make out what I mean in this Mary Tyler Moore shot:

At Pegasus News, we have the same thing in our lobby, with a hyperlocal twist:

16 clocks in all, representing various DFW communities, all set to the same time. (We’ll get the second hands synchronized when we switch for the end of daylight savings time.)

It’s a reminder to our team that covering the happenings in our neighborhoods should be every bit as important and sexy as covering New York, Rome, Paris and London.

This makes me ridiculously happy.

Reposted from my other blog:

I  can’t remember where I read it, but a few months ago I was struck
by an essay admonishing entrepreneurs for "saving all their champagne"
for the end of a project, for that mythical day when the "Mission
Accomplished" sign is hung. People can only think long-term for so
long, and they need to celebrate important milestones along the way,
with a metaphoric sip of champagne.

Today is a HUGE milestone for us. After I finish
this post, I am signing Pegasus News Inc’s first-ever payroll checks.
We’ve occasionally thrown our hardest workers a (very) little bonus as
a thank-you, but these are real, honest-to god, regular paychecks
complete with witholding and the promise that in two weeks there will
be a sequel.

They’re still well under-market, but they put us in an entirely
different mental place. Yesterday, we were a rag-tag team of
volunteers. Today, we’re a company.

I was interviewing an ad rep candidate the other day who asked about
whether or not we have a good work environment. I told her to look out
into the office bullpen and see ten people who have been working a year
without pay. That’s the only answer I felt she needed.

Today certainly is not the biggest day our company will ever have. The day we launch Pegasus News
this November will be bigger. And the day we figure out how to make our
first monthly profit will be far bigger. But today is a big one for us.
There’s never been a time in my career or a team I’ve worked with of
which I’ve been so proud.

Don’t expect a lot of site updates this afternoon, as we’ll be
taking some time for a well-deserved "sip of champagne." Well, more
literally a gulp of tequila — but we’re in Dallas, so same difference.

My personal thanks to everyone who got us this far, and especially
to those who stuck with us when we were well past our freshness date.
There’s more to come.

For those who thought we’d disappeared (and you’re apparently legion), here’s what we’ve been up to, in handy press release format:

The EPpy win comes only a week after The Dallas Observer named TexasGigs
“Best Website” in its annual Music Awards; and a month after the site shattered
the million-pageview mark for the first time, clocking in at 1.3 million
pageviews and 222,000 visits for April, 2006.

“We’re ecstatic to be getting so much positive feedback so quickly,”
said Mike Orren, Pegasus News’ president and co-founder. “Considering that all
of the other finalists in the EPpy Awards are affiliated with traditional media
companies and that we’re a startup fueled by a volunteer staff along with
user-generated content, I was shocked that we were even nominated.”

Pegasus News is an
angel-funded hyperlocal multimedia company that will launch its full product offering
focused on the Dallas / Fort Worth area later this year. “That
product,” Orren said, “will provide each user individualized local content that
we call ‘The Daily You™.’ Imagine your child’s youth soccer score on the same
page with the Dallas Mavericks’ score; your neighborhood crime report on the
same page as the city council meeting; and your teenager’s school play reviewed
right alongside the national touring concert. And then imagine that the
advertising is equally targeted.”

Once Pegasus News
launches, TexasGigs will become its
entertainment section.

“Relaunching TexasGigs
was a classic example of a startup calling an audible,” Orren said. “We had
much of our technology and key staff in place, but lacked the resources to
launch Pegasus News as a regional
news product that we felt had enough depth to take significant market share. In
late November, we met Cindy Chaffin, who had an award-winning local music blog
that she wanted to take to the next level. We pooled our resources and produced
the new site in five weeks, from conception to launch.”

TexasGigs features
profiles on over 1,000 local bands and 4,000 local musicians; more than 1,000
songs by local bands (both mp3s and streaming radio); more than 300 podcast
episodes; more than 100 videos; and more than 700 weekly interactive event
listings, most complete with links to band profiles, maps, and audio. All of
this content was gathered and created by a volunteer staff (6 full-time and 12
part-time). Users post comments, submit band profiles, write reviews and post
photos that supplement staff contributions.

In April, TexasGigs
teamed up with the Dallas Mavericks to host a competition to create a playoff
theme song for the team. On a week’s notice, 19 bands entered original songs.
After 24,000 fan votes and a celebrity panel vote were cast, local hip-hop act
PPT’s song “Rowdy, Loud and Proud” was declared the winner. Although the
contest was a significant traffic driver, Orren says that the site would have
broken the million-pageview barrier even without that boost, and that the site
has retained more than one-third of the fans who voted as regular users.

"The playoff song
contest was a great way to rally our fans and the local music community,”
said Matt Fitzgerald, Mavericks Senior Vice President for Marketing and
Communications. “We were amazed by the quality of the songs TexasGigs brought in and the amount of
local buzz that was built online in a very short time."

According to data from Alexa.com, TexasGigs is already outpacing all DFW-area entertainment sites in
terms of pageviews. It is also seeing far more pageviews than other, more
heavily-funded hyperlocal media companies.

The company currently offers web, email and cell phone
advertising on a pay-per-pageview basis, and runs campaigns that change on a
daily basis for many advertisers. “Some local clubs run a different ad for
every day of the week and focus on specific genres, and we’re the only ones accommodating
that kind of targeting,” Orren said. The site is currently running a promotion
in which one early-adopter of advertising will win free advertising on Pegasus News sites – forever.

Once Pegasus News
launches, the company plans to migrate to a pay-for-performance model,
leveraging registered card technology to monetize sales whether they take place
online or in a local bricks-and-mortar store. “There is a lot of excitement in
the market from the businesses we’ve talked to about this,” Orren said. “The
prospect of getting highly-targeted local advertising that is free unless and
until a sale occurs is very attractive.”

The company plans to expand TexasGigs in June, adding other non-musical entertainment content.
The launch of Pegasus News is slated
for later this year. Orren said, “The only thing keeping us from setting a firm
date at this point is the need for more hours in the day and more hands at the
wheel.”

The cruelest lies are often told, without a word … The kindest truths are often spoken, never heard.

I wondered why many of my fellow Christian friends who support POTUS have been heavy on the false equivalencies with “If we were as concerned with child trafficking”: 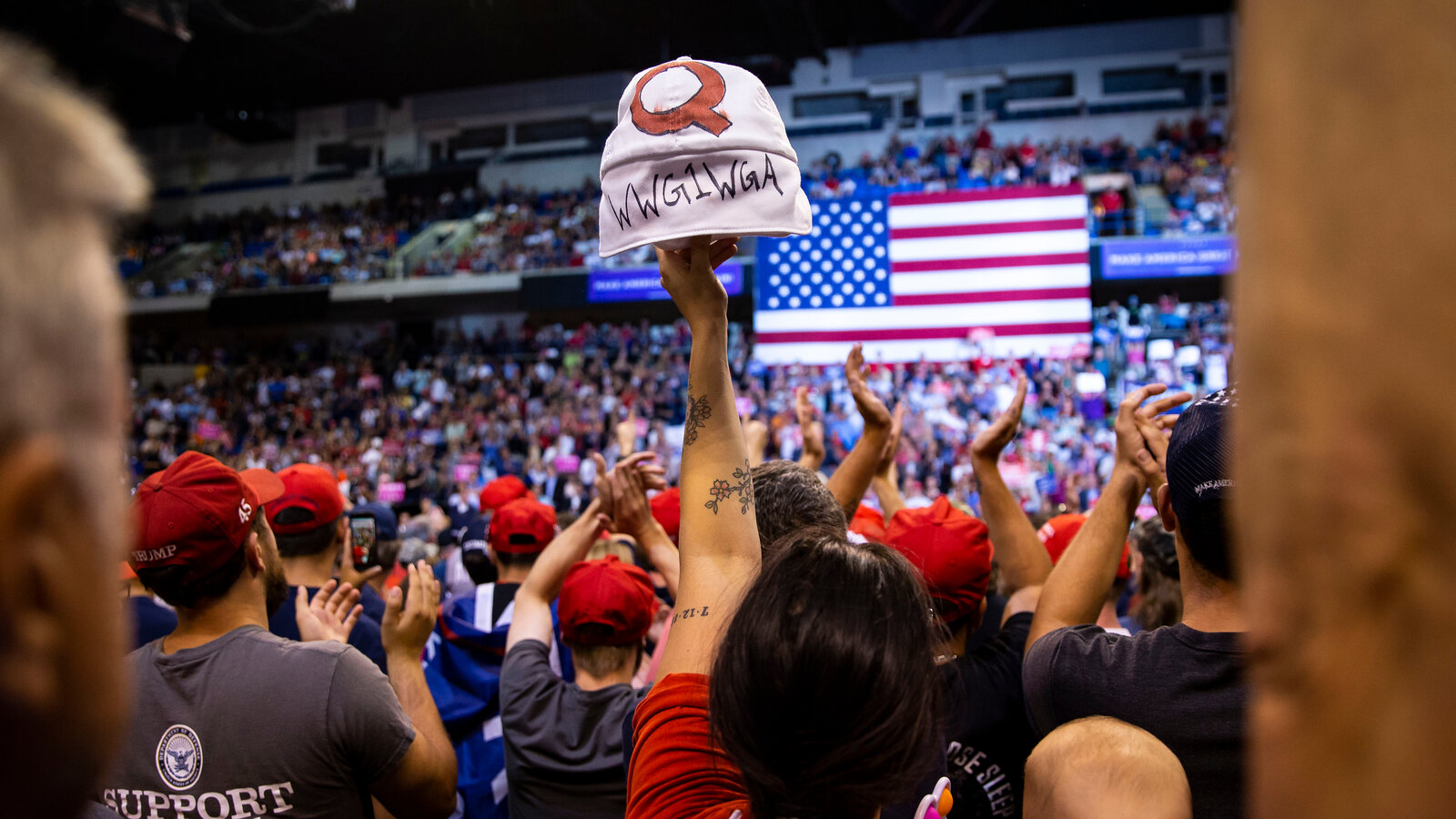 I still miss Pointcast(?), the early screensaver that was a news feed. Pretty slick for its time.

My company's security training still warns of suspicious emails that contain "Games or screensavers." Are people still out there going, "Ooooooh, free screensaver!"?